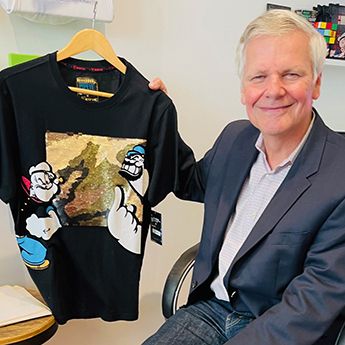 Ed Casey is an expert in the field of Licensing & Merchandising with more than 30 years’ experience in the industry. As a Licensor for Turner / Time Warner, Ed led the revenue base for the Flintstones during its first ever live action movie. During that time, he licensed Cartoon Network, the MGM Film Library pre-1986 and Turner’s Goodwill Games. Following his Turner experience, Ed joined United Media and was instrumental in the licensing for Charles Schultz’ Peanuts 50th Anniversary.

Ed’s additional experience includes Brand Development Executive for Hearst Corp. and directing licensing for the British Broadcasting Company in North America from 2010 – 2018. While at BBC Worldwide, Ed won two International Licensing Awards for Doctor Who, a global BBC brand, in 2014 and 2016 for Retail excellence.

Ed earned his B.A. in Communications at City College of New York and M.B.A. in Marketing at Pace University’s Lubin Graduate School of Business attending its evening program for five years.

Ed resides in Summit, NJ and is a member of the American Marketing Association/AMA of New Jersey.