The Stamp of Glamour 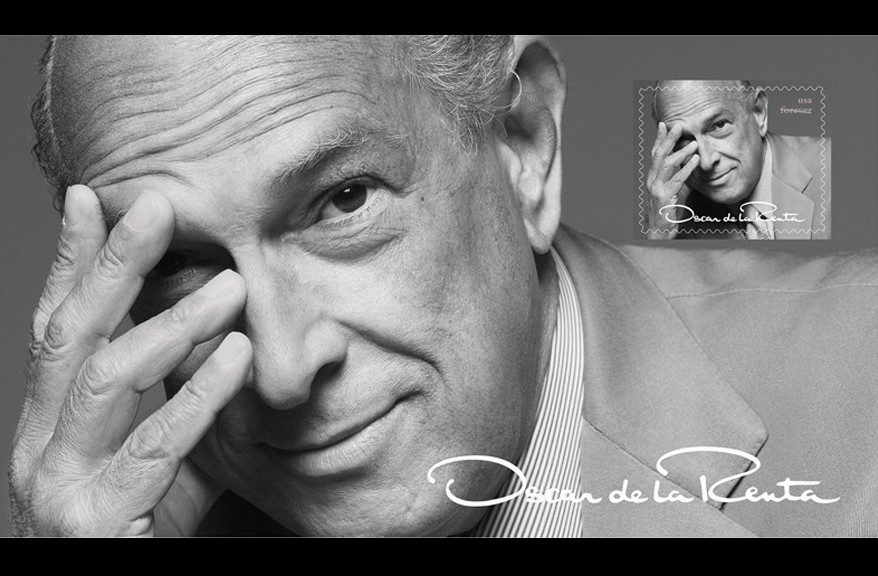 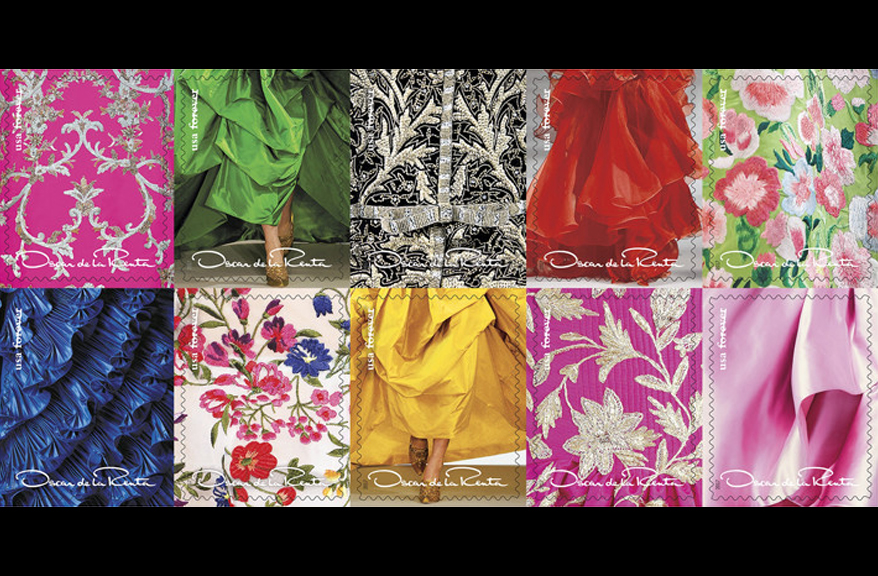 The Oscar de la Renta stamp pane includes 10 stamps featuring details of some of the iconic designer's most exquisite gowns. 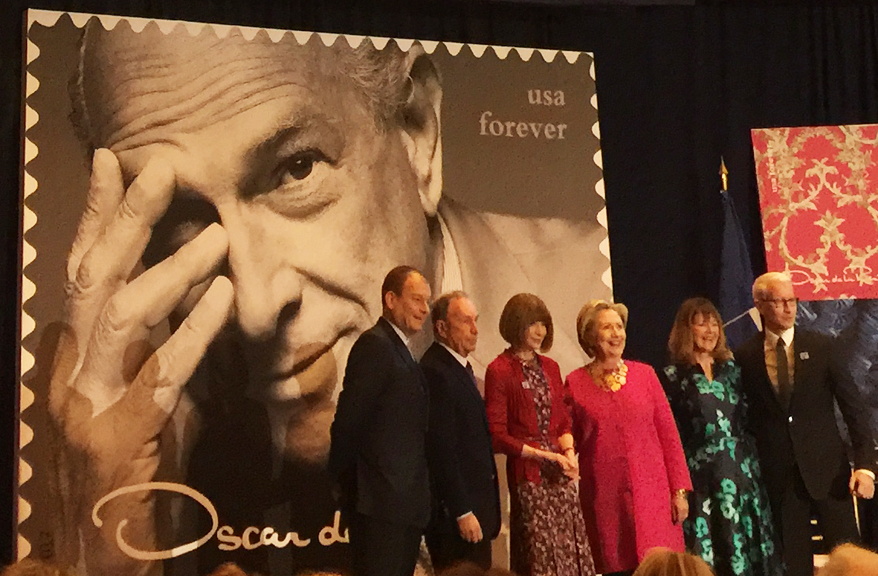 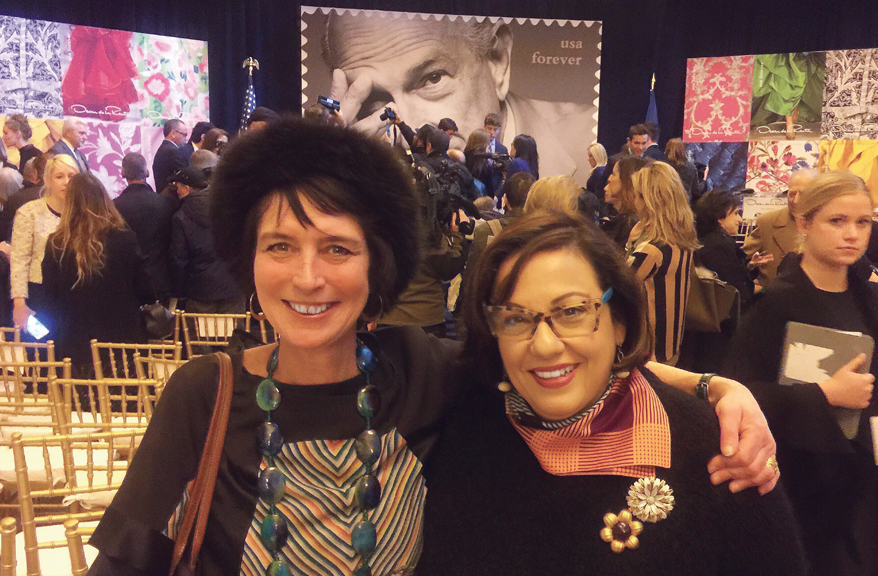 Also attending were Sarah Frank, Textile Designer / Consultant (left) and Maruchi Santana, member of the US Postal Service Citizen Stamps Advisory Committee (CSAC).  “I was so pleased my proposal to honor Oscar de la Renta on a US stamp was met with such enthusiasm," said Maruchi. “This is our first American fashion designer to be honored on a stamp, and being a Latina myself, it made me tremendously proud."

The Citizen’s Stamp Advisory Committee (CSAC) is appointed by the Postmaster General. The group selects subjects for recommendation as future stamp issues, made with all postal customers in mind, including stamp collectors. 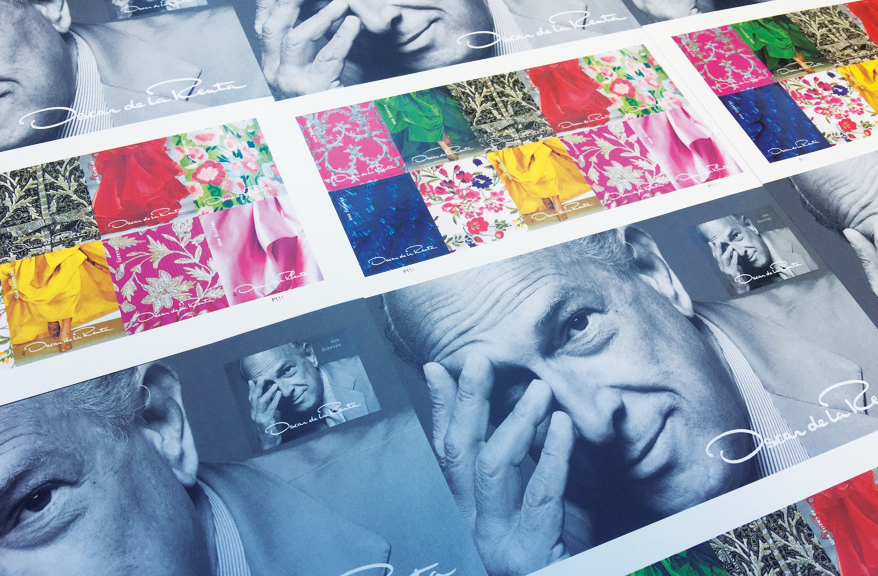 “Oscar was proud to be an American and this would have made him tremendously happy. To commemorate his personal version of the American dream with these stamps is a great honor for which we thank the U.S. Postal Service,” Bolen said.

Read more about the iconic designer and the Forever stamps here, and purchase the stamps at USPS.com. 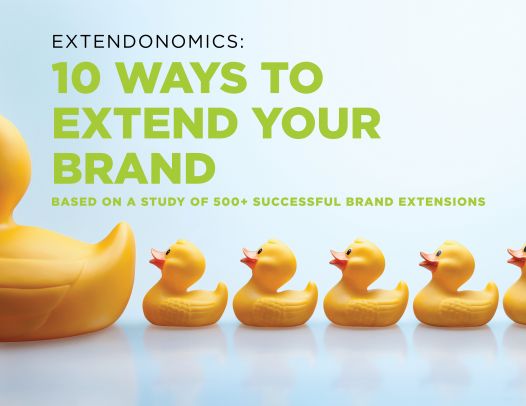 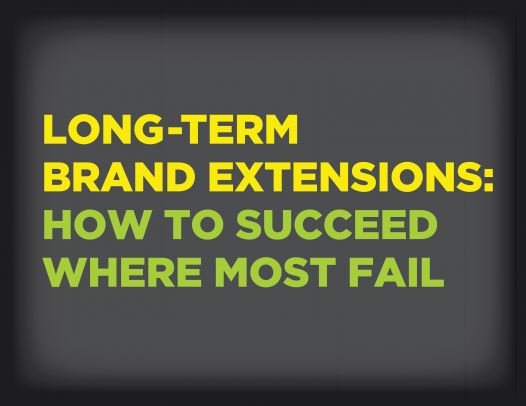